View source
watch 01:36
We're Getting Mutants in the MCU - The Loop
Do you like this video?
Play Sound

1. "Boss"
July 7, 2014
2. "Sledgehammer"
October 28, 2014
3. "Worth It"
March 2, 2015
Reflection is Fifth Harmony's first studio album, which was released on February 3, 2015. This album was released with Syco Music and Epic Records, Simon Cowell's and L.A. Reid's record label. It was executive produced by multiplatinum producer-songwriter Julian Bunetta (One Direction, Boyz II Men, Flo Rida, Natasha Bedingfield, Leona Lewis), who worked with the group as a music producer on X Factor. The album features collaborations with artists such as Kid Ink, Tyga and Meghan Trainor.

After finishing in third place on the second season of The X Factor USA and releasing debut EP titled Better Together , Fifth Harmony announced they would be releasing a full-length album in the fall of 2014.The album will be executive produced by multiplatinum producer-songwriter Julian Bunetta and released by Syco Music and Epic Records.

The group said that the album is less pop and has a more mature sound than their EP. Fifth Harmony fans were asked to vote for the group to help unlock the cover for the album, each vote adding into the percentages needed to unveil the cover art. The title and the cover of the album were unveiled on Fifth Harmony's official website on August 12, 2014. Due to the negative feedback about the cover art, they decided to change it and released a new version on August 22, 2014.

"BO$$" was released as the lead single from Reflection on July 7, 2014, and the music video was released a day later on Vevo. The song debuted at number 43 on the U.S. Billboard Hot 100 chart with first-week sales of 75,000, becoming the group's best week sales as well as then their highest-charting song.

"Sledgehammer" was released as the second single from Reflection on October 28, 2014, and the music video was released on November 25, 2014. Upon release it shot straight to number three on iTunes. It peaked at number 40 on the Billboard Hot 100 making it the group's highest-charting single at the time.

"Worth It" featuring Kid Ink was sent to radio in the US as the third single on March 3, 2015. The song has since peaked at number 14 on the Billboard Hot 100. The first three singles have all achieved Platinum certification by RIAA for selling over 4,000,000 copies in total in the United States.

Reflection received generally positive reviews from music critics. Writing for TIME, Jamieson Cox states in a positive review that the group is "agile, and have intuitive understanding of how their differences in vocal texture and range can impact their songs by introducing surprise and tension." He continues to say that, "Reflection is certainly enjoyable on a purely musical level, but Fifth Harmony's perspective and positivity is often even more exciting." Matt Collar, from AllMusic, gave the album four out of five starts saying that it "is a slick production showcasing the group's multi voiced approach to contemporary R&B." He notes the diversity of musical genres, "from electronic-infused dance music to synthy, rhythmically bumptious hip-hop, to retro-'90s R&B," although adding that "it is very much a savvy pop product of the moment."

Rolling Stone wrote a favorable review for Fifth Harmony's debut album, stating that the tracks convey "infectious empowerment". The album received 3 and a half stars out of 5, and the song Like Mariah was highlighted as a standout. Jason Lipshutz, from Billboard, gave the album four out of five starts saying that "most of the songs work." He adds that the group shows "that they are capable of slick synth-pop, grungy hip-hop and fluttering R&B, the latter clearly indebted to the girl groups of the '90s." Lipshutz also compares the group's message to Rihanna, Nicki Minaj, and Katy Perry's, noting that "the back half of Reflection is basically a misandrist constitution, with the 5H ladies brushing off lazy dudes on "Suga Mama," game-players on "We Know" and the flight-before-fight bros on "Going Nowhere." 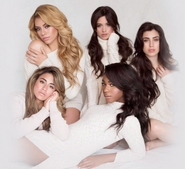 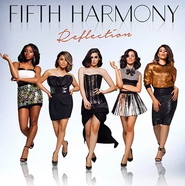