"Love Lies" is the second single from the movie soundtrack for Love, Simon performed by Khalid and Normani. It was written by Khalid, Normani, Jamil Chammas, Ryan Vojtesak and Taylor Parks, with production handled by Jack Antonoff, Charlie Handsome and Chammas. It was released commercially for digital download through RCA Records on February 14, 2018. A remix including Rick Ross was released on February 12, 2018

The song is Normani's first single featured as a solo artist.[1]

Normani first hinted at a possible collaboration between her and Khalid via an Instagram post in July 2017. Khalid also opened up about the collaboration during an interview with MTV News the next month. Later, Normani confirmed to Billboard that they were working together on collaboration ideas, calling him "an important artist and a great friend". She divulged to Kode in an interview in October 2017, when asked to share information on the collaboration: "Khalid and I have been wanting to work together for some time. We actually got into the studio and we're excited about a record we wrote together along with Taylor Parks. It was all one huge vibe session. We wanted to create something that our peers would fall in love with. I remember him telling me "I want this to be my favorite record, if I were listening, I want it to be something I vibe with that's just dope," which is something I relate to because I listen to our song every day. Issa vibe. But the greatest part of it all is that were genuinely two friends that created something special that we're so proud of. We're in two different countries on tour but we still text each other sometimes like, 'but that record though...'".

The duet was officially announced on January 16, 2018. On February 12, 2018, Normani posted a photograph of her and Khalid, captioning the photo: "2/14". Similarly, Khalid posted the single artwork with the same caption. The two artists also teased a few lyrics from the song, with Khalid replying Normani's announcement with "tell me where your love lies", to which Normani replied: "waste the day and spend the night". Normani spoke to Zane Lowe on his Beats 1 radio show about the song, saying that recording it was a "growing process" for her. "I feel like people are actually getting like a sense of who I actually am," she said. "Being in the studio and partnering with Khalid, it actually tells me more about myself that I didn't necessarily know was even there. This is definitely [a] growing process and I can't wait. I'm so excited for the journey."

Nina Braca of Billboard wrote a positive review of the song, saying: "The romantically curious lyrics perfectly compliment Normani's smooth vocals over a simple guitar riff and slow pop beat." Hugh McIntyre of Fuse deemed the song "a laid-back R&B affair so mature it's difficult to believe the artists behind it are so young and still just getting started in their respective careers". He called the production "a natural progression" for Khalid and something "not far from Normani's comfort zone". He also praised the guitar loop, calling it "a nice touch on a beat that is fairly sparse, and at times, nonexistent", writing that "it helps this song stand out among the hundreds of other similar tracks". Sam Damshenas of Gay Times described it as "incredibly catchy and addictive". Mike Wass of Idolator opined that "the dreamy mid-tempo anthem showcases her voice and hints at the R&B/pop direction of her side-project".

In the United States, "Love Lies" debuted at number 43 on the Bilboard Hot 100, opening with 22,000 downloads and 11.7 million streams in its first week. This tied Fifth Harmony with Destiny's Child, The Go-Go's and Labelle for the most members (three) from an all-female group to chart solo on the Hot 100, with Normani being the third. It also scored the highest first-week position for a debut single by a girl group member; formerly, Diana Ross' first solo single "Reach Out and Touch (Somebody's Hand)" debuted at 49. After the pair performed on the Billboard Music Awards on May 20, "Love Lies" entered the top 40 on the Hot 100, moving from number 47 to 36. It has so far reached a peak of number nine. Khalid earned his second Hot 100 top 10 and first as a lead artist, following his featured turn on Logic's "1-800-273-8255," which reached the region in September 2017. Normani reached the top 10 in her first solo visit to the Hot 100; she previously reached the region once as a member of Fifth Harmony.

The song's music video premiered on February 16, 2018. It was directed by Gerard Bush and Christopher Renz and situated in Downtown Los Angeles. Khalid plays a valet worker at a local hotel while Normani acts as a superstar staying there. It started with the two texting, they plan to meet each other in their "favorite room". Normani later arrives at the scene in a fancy car, Khalid opens her door and she heads up to her room, in which she showed off her dance moves in front of a window, as Khalid enjoys the performance from a nearby rooftop. It ended with the two celebrating with love messages via text.

On May 20, 2018, Normani and Khalid both performed "Love Lies" at the Billboard Music Awards. 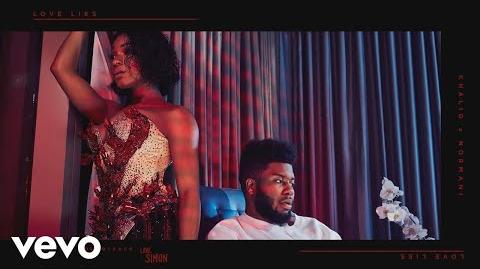 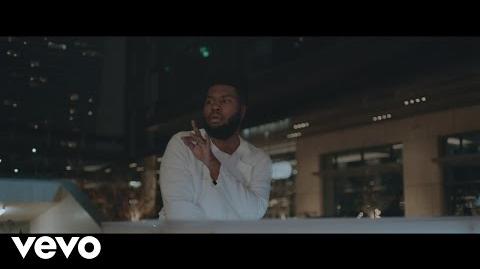 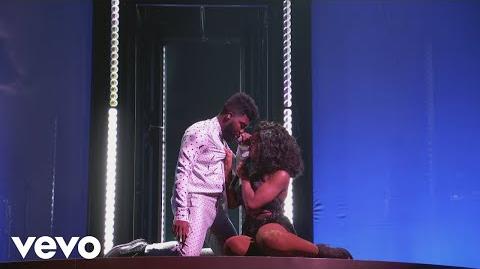 [Verse 1: Khalid]
Sorry if it's hard to catch my vibe, mmm
I need a lover to trust, tell me you're on my side
Are you down for the ride?
It's not easy for someone to catch my eye
But I've been waitin' for you for my whole damn life
For my whole lifetime

[Verse 2: Normani]
I've been so into your mystery
Is it because of our history?
Are you into me?
When it feels so good, but it's bad for you
Can't say I don't want it 'cause I know I do
Come on over, I need your company
Cravin' that synergy